The story of the Lardy family in MN

Last weekend, my patient wife and I took a road trip to the see where my paternal grandfather’s family settled after immigrating from Germany and Luxembourg.  The first of the extended family arrived in 1865 and settled near the town of St. Nicholas, MN.  Others followed over the next 20 years.  My paternal great-grandparents eventually arrived in 1880 and 1881.  Interestingly, my great-grandmother’s sister had arrived around 1873 with her husband (who was distantly related to my great-grandfather).  She urged my great-grandmother to come to MN, where she married my great-grandfather.  That means that my great-aunt is also a distant cousin by marriage.  Even stranger, they both married men named Michael Bernard.

In 1876, a booze-fueled brawl spilled from tavern doors to the streets of Cold Spring, MN.  Over 100 people were said to have taken part in “The Battle of Cold Spring”.  During the “physical conversations”, my cousin – the aforementioned family pioneer – allegedly introduced a mason’s hammer to the skull of a retired St. Cloud police officer.  After a month, the policeman died and my relative was jailed pending $3000 bond.  A grand jury indicted him for murder, but he was later released and no record of a conviction exists.  Nearly 50 years later, a newspaper obituary hailed him as a pillar of the community.  Interesting…

Our American family is everywhere, but can all call MN home

Our last name is not common in the US, but there are several of us in the phone book in the Twin Cities.  I don’t know any of them, but it’s certain that we are related.  The US branch of our family arrived – and largely stayed – in and around Stearns County, MN.  A few branches moved west to North and South Dakota before spreading throughout the country.  This follows a similar pattern in Europe.  All of our European ancestors (with only a couple exceptions) lived within about a 50 mile radius of Luxembourg city.  I guess we’re kinda home bodies. 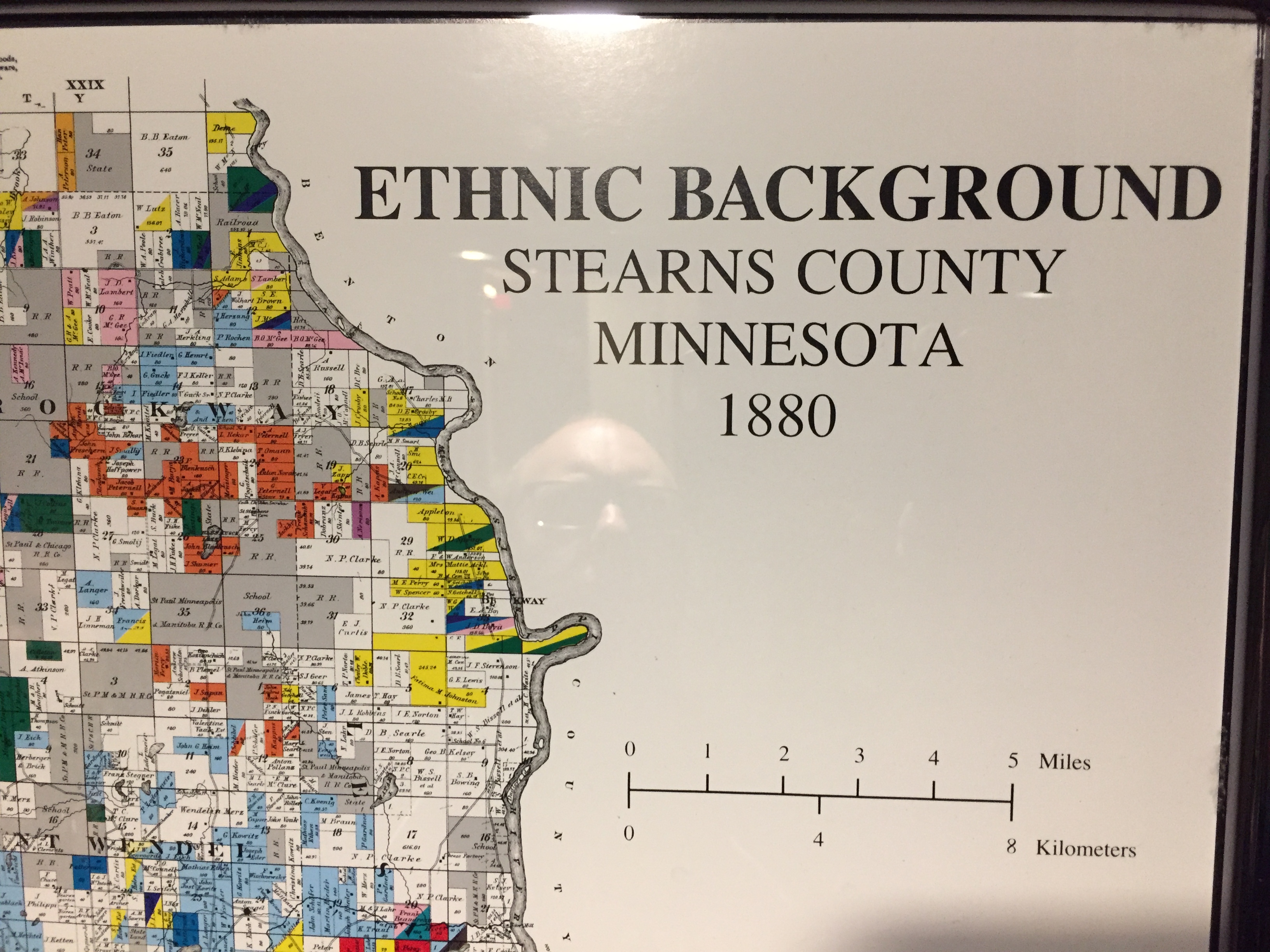 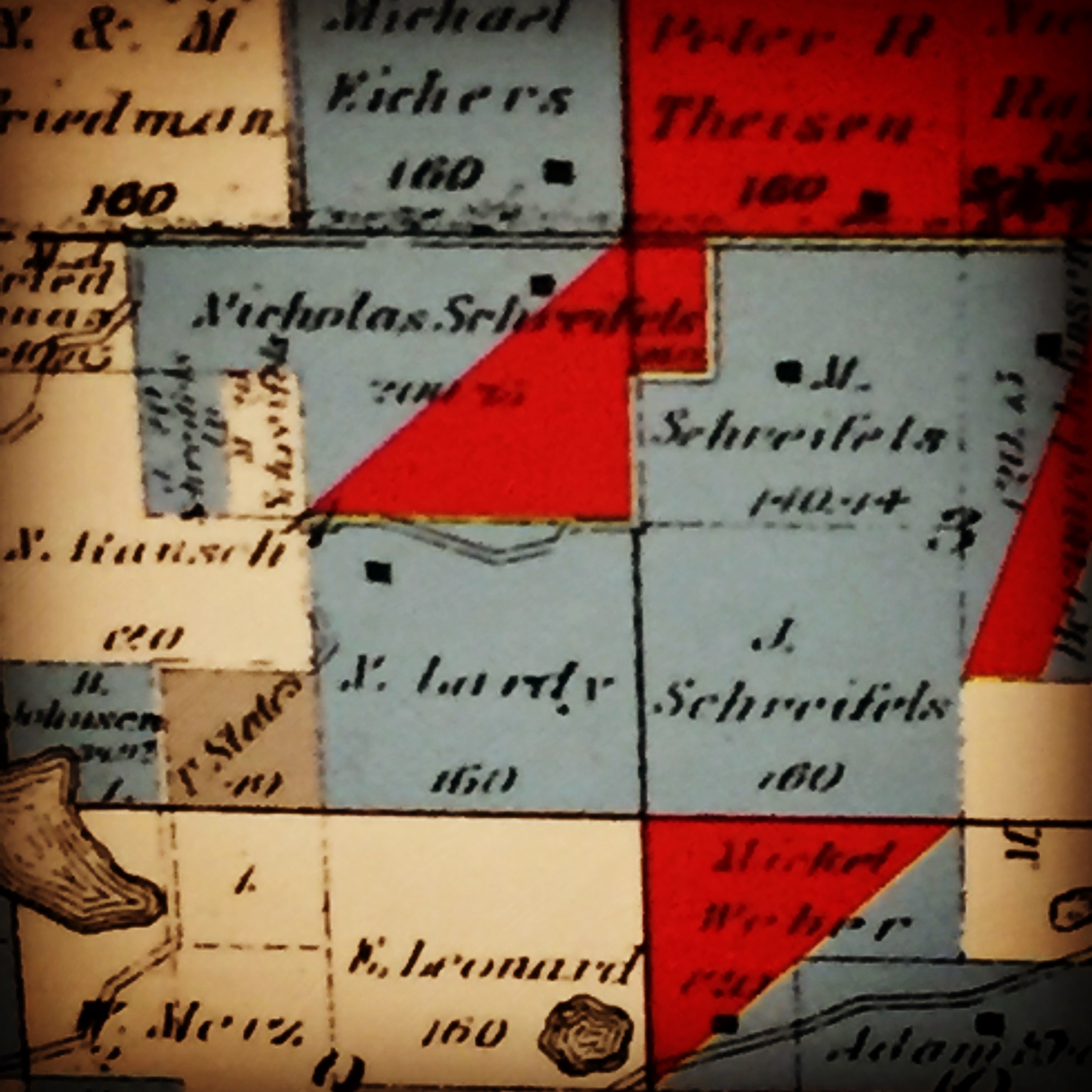 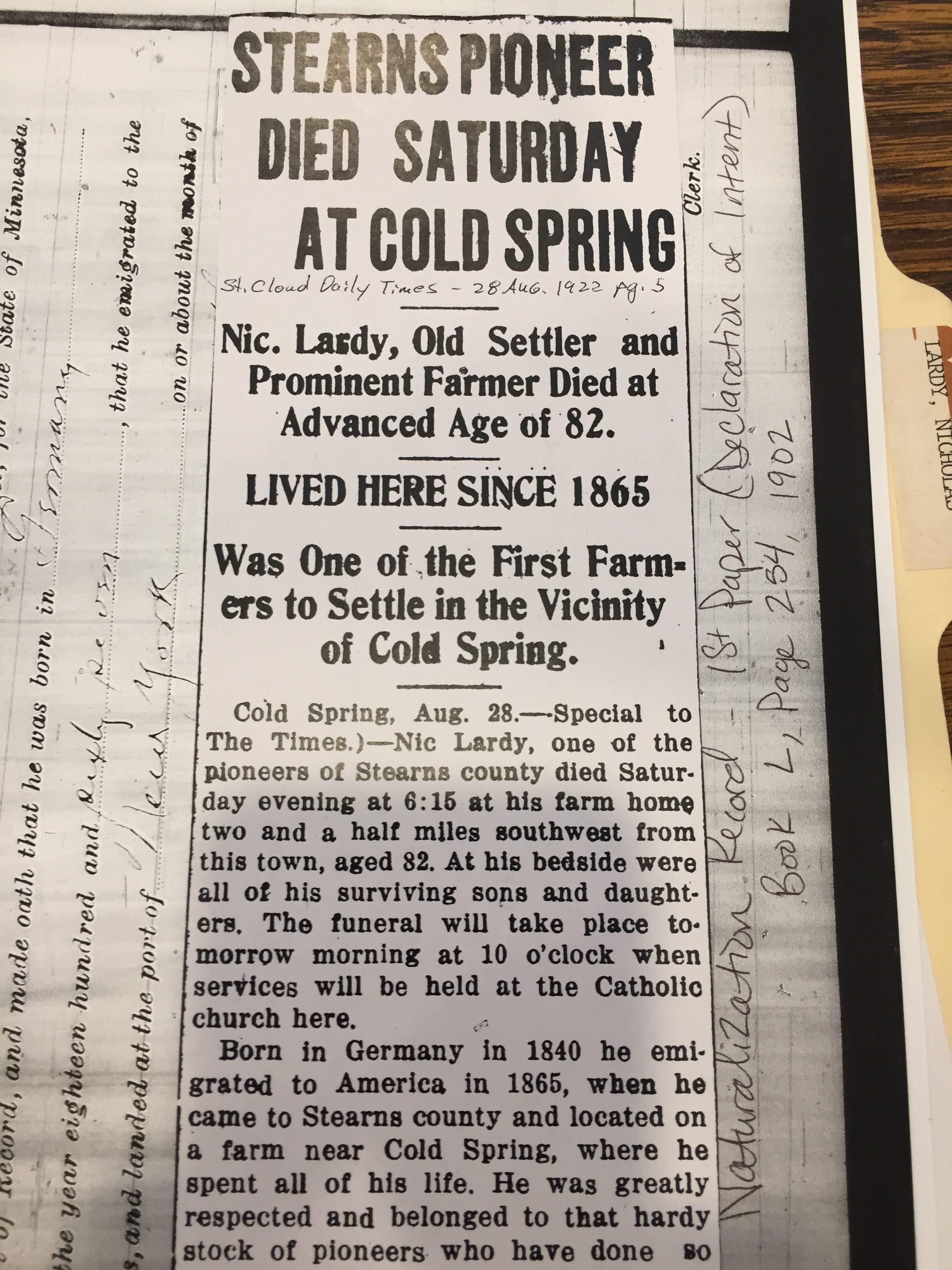 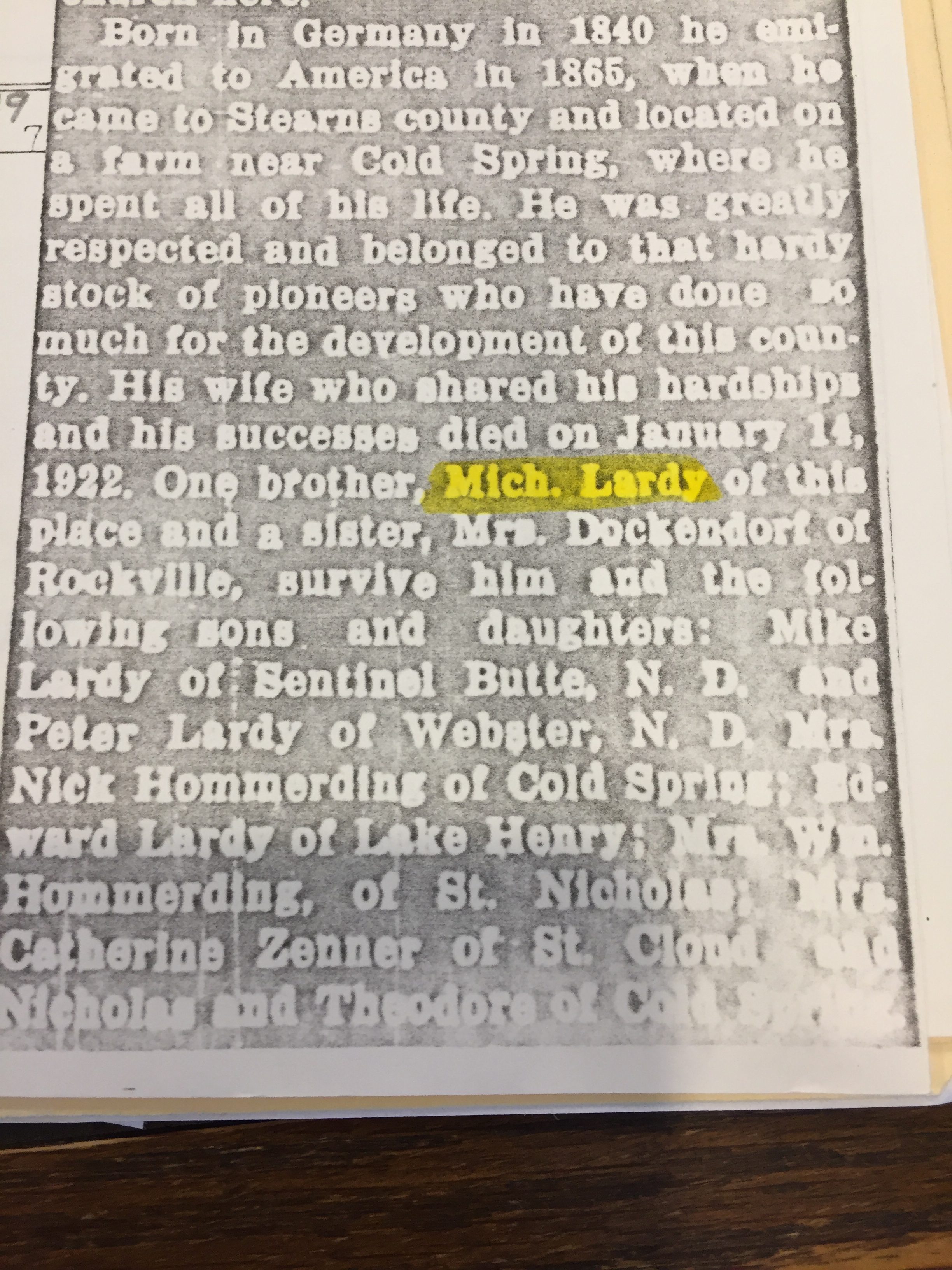 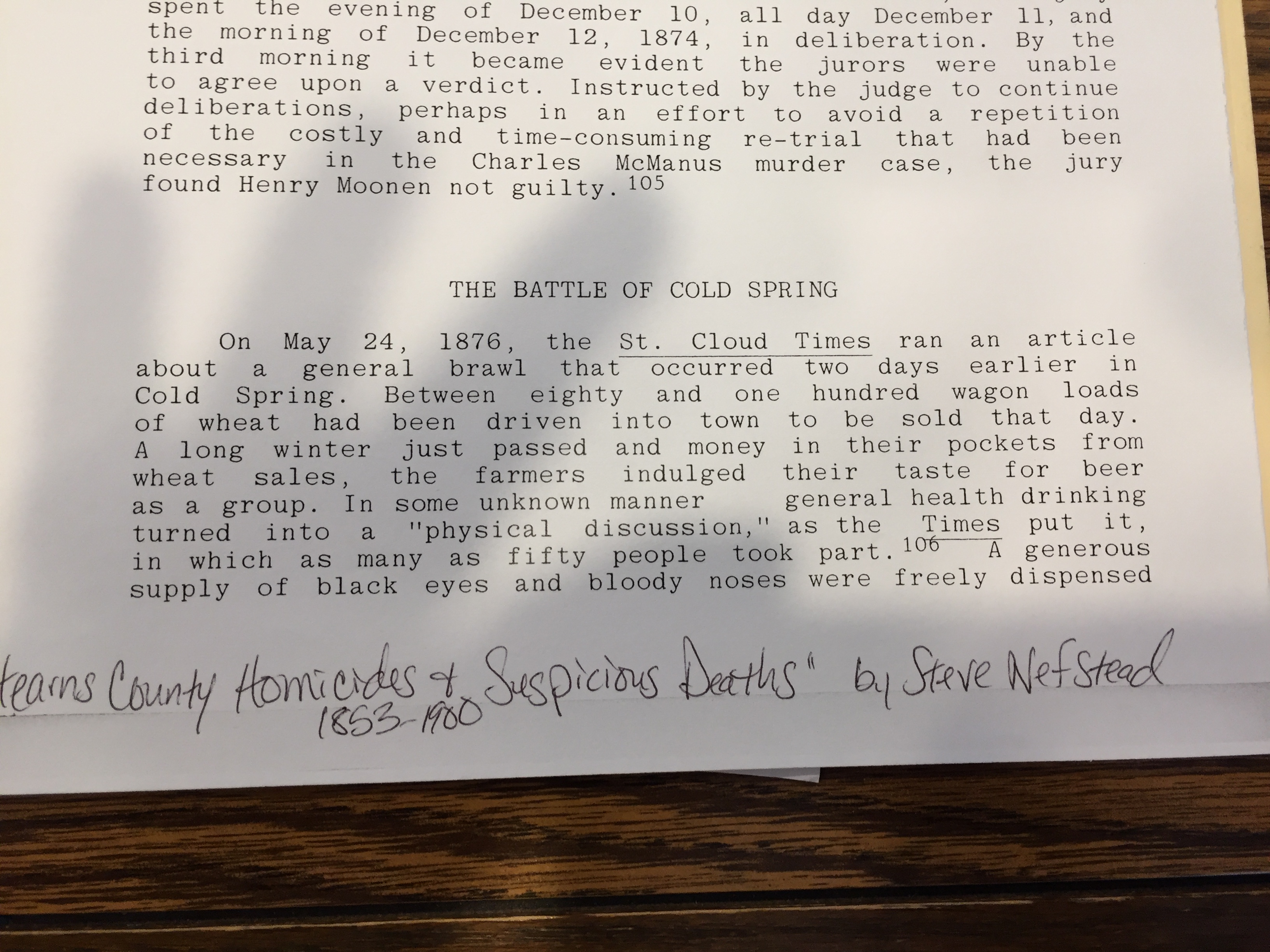 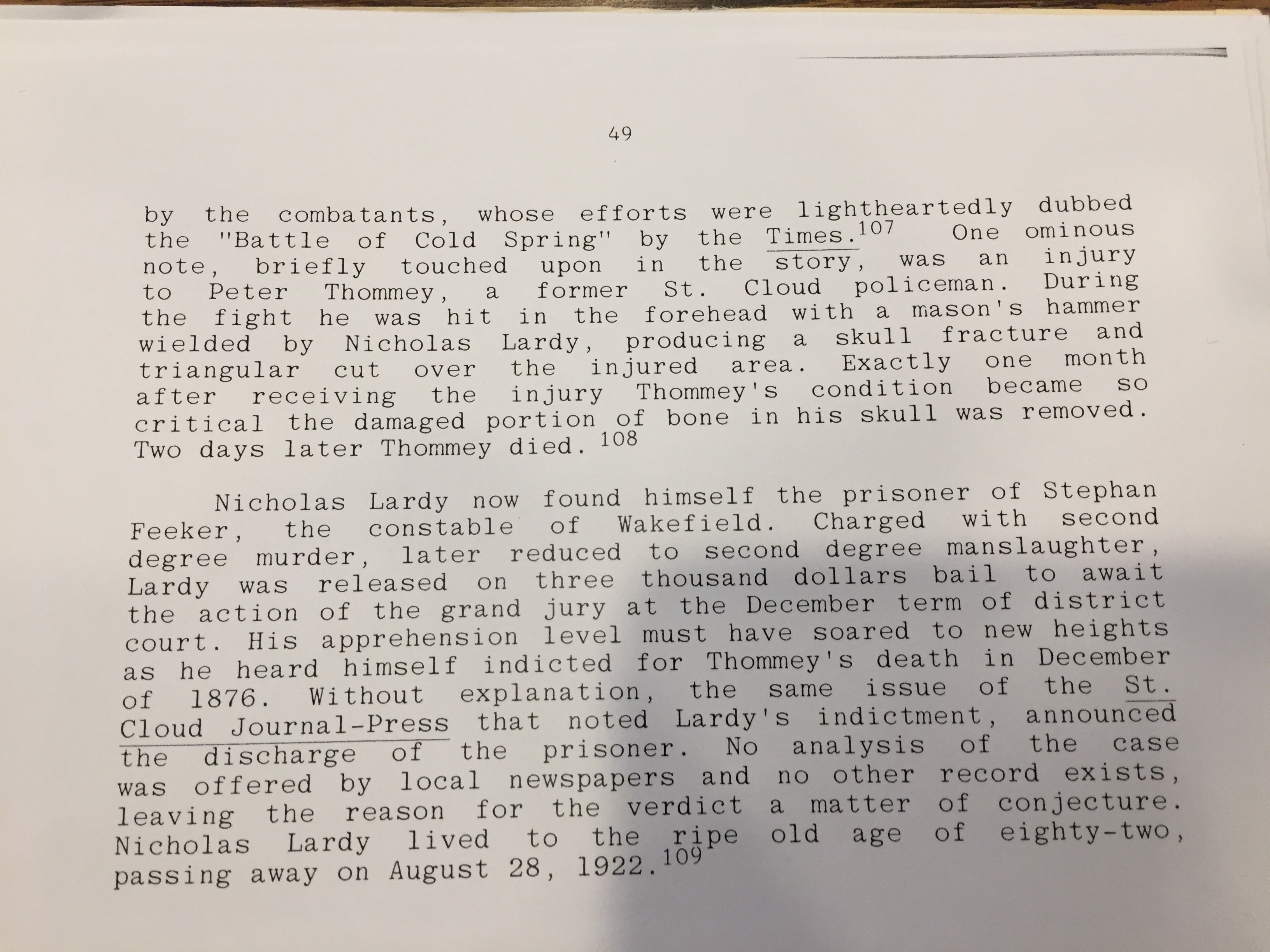 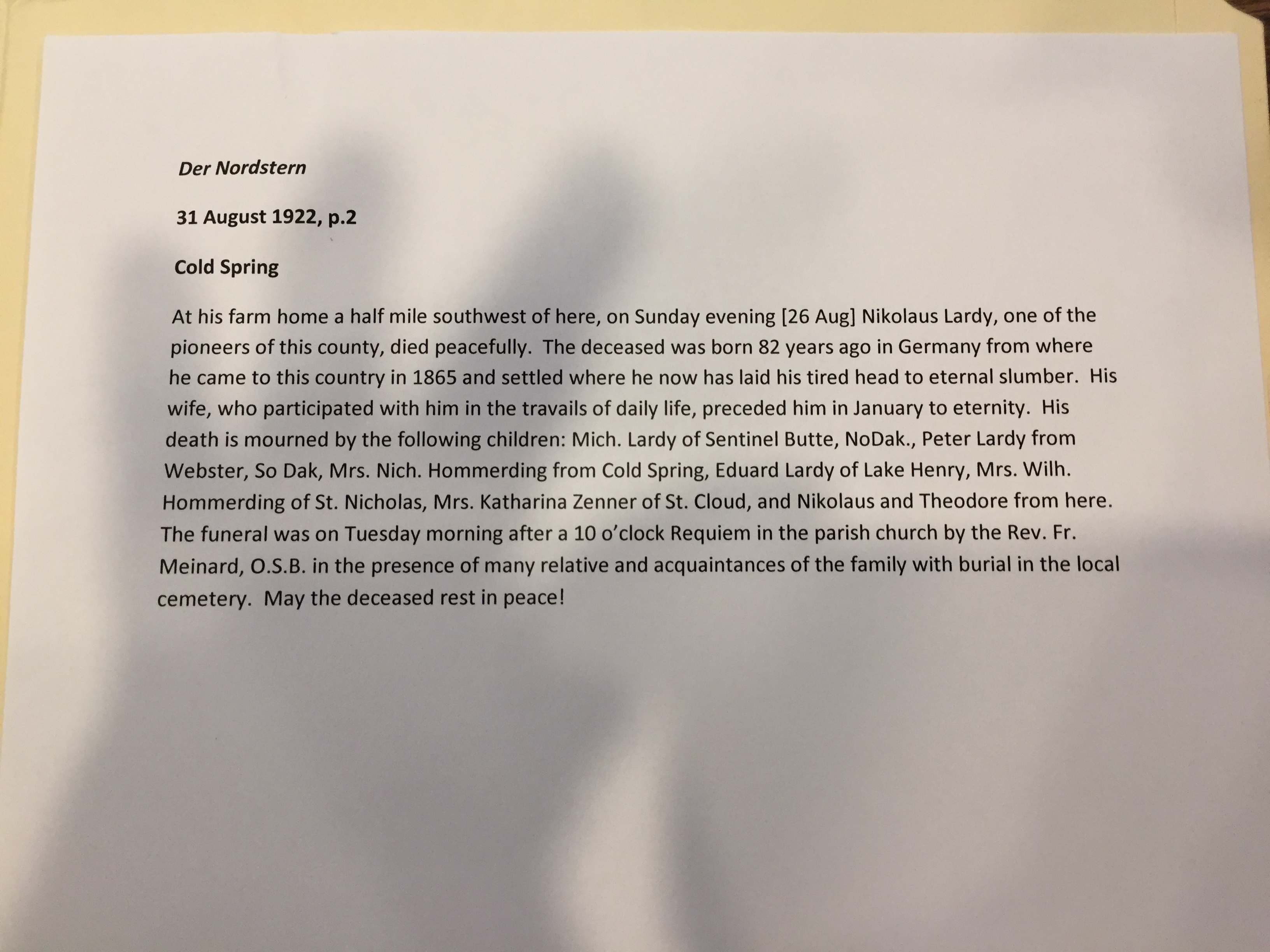